Showing posts from April, 2018
Show All

LOOK AT WHAT SOMEONE'S DREW ABOUT PRESIDENT BUHARI 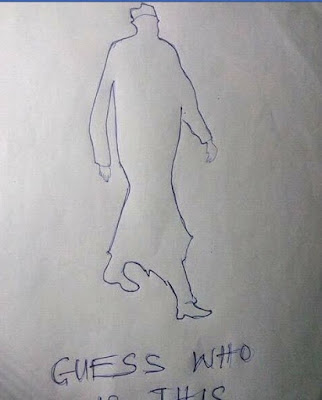 Shortly as President Muhammadu Buhari arrives Washington DC to meet with U.S President, Donald Trump, presidential spokesman has opened up on how Barrack Obama failed Nigerians.   Garba Shehu   While speaking with journalists at Blair House, Washington DC, on Sunday, the senior special assistant to the president on media and publicity, Garba Shehu, said the administration of Barack Obama, former president of the United States, failed to give Nigeria the required support in the fight against insurgency.   The Obama administration had given $35 million worth of military and defence support services to Chad, Niger and Mali but excluded Nigeria over alleged human rights abuse.   According to TheCable, the presidential spokesman noted that the meeting between Trump and Buhari will centre on security, especially on the fight against insurgency, adding that the relationship between Nigeria and the US recorded remarkable improvement since the emergence of Trump.   He sai
Post a Comment
Read more

Arsene Wenger who served Arsenal for 22 years and will be leaving the Emirates at the end of the season was handed a precious gift by former Manchester United enemy, Sir Alex Ferguson on Sunday.   Arsene Wenger was graciously handed a gift from Manchester United icon Sir Alex Ferguson   Arsenal manager, Arsene Wenger, who last month, announced he would be departing Arsenal after 22 years in charge, was graciously handed a gift from Manchester United former coach and legend, Sir Alex Ferguson on Sunday, just before Wenger led his team out in Manchester for his 28th and final visit to Old Trafford.     Dailymail UK  reported that the Red Devils legend acknowledged the 68-year-old Arsene Wenger's service in a pre-game ceremony just as Wenger emerged from the tunnel when he was given a warm round of applause from the Old Trafford crowd.   After the two teams had then made their way out onto the pitch, Wenger was greeted in his technical area by familiar foe Sir A
Post a Comment
Read more

Manchester United has resolved to finish well despite their inability to win the league this season as Manchester City has already clinched the trophy.   Paul Pogba   Manchester United midfielder, Paul Pogba has sent a strong warning to Liverpool and Chelsea following his club’s 2-1 win over Arsenal on Sunday at the Old Trafford in the Premier League.   The 25-year-old opened the scoring for the home team in the 16th minute, while former Red Devils player, Henrikh Mkhitaryan scored the equaliser in the 51st minute.   United, however, got a late goal through Marouane Fellaini in stoppage time to give Jose Mourinho’s side the deserved three points. Mourinho’s men are desperate to finish second and can still end the campaign with a trophy.   Pogba, however, has warned United’s rivals that they are determined to finish the season on a high by beating Chelsea in the FA Cup final and also finish second in the Premier League table ahead of third place, Liverpool.
Post a Comment
Read more

A notorious Imo state kidnapper and armed robber widely known as Papa G who had led his gang and abducted a popular gospel singer, Chinedu Nwadike, and Rev. Columba Okereke, has been finally arrested by the Police.  The operatives of Federal Special Anti-Robbery Squad of the Imo State Police Command have apprehended a suspected notorious kidnapper and armed robber, Godwin Onyebuchi, also known as Papa G, in his hideout in a polytechnic hostel in Owerri, the state capital.   According to PUNCH, the serial killer's arrest reportedly made residents of Owerri to jubilate, including police officers who gathered to have a glimpse of him, as the suspect, who had escaped arrests, had been on the wanted list of the police for a long time.   While speaking to a correspondent, a police source disclosed that Onyebuchi was nabbed on Saturday at Solo Lodge hostel located around Federal Polytechnic, Nekede, which had served as his hiding place after deadly operations.   The sour
Post a Comment
Read more

President Muhammadu Buhari has arrived Washington D.C. in readiness for a meeting with US President Donald Trump on Monday.   As a guest of the US Government, President Buhari is staying at Blair House, the US President’s guest house.   The Blair House used to be a complex of four formerly separate buildings—but a major renovation between 1950s and 1980s strung them together  as a single facility.   The US President’s Guest House has been called  “the world’s most exclusive hotel”  because it is primarily used to host visiting dignitaries and other guests of the president.  It is larger than the White House and closed to the public.   President Buhari will be the first African leader to be hosted by Donald Trump in the White House, since Trump came to power last year.   The meeting with Nigerian President Muhammadu Buhari on Monday comes after an uncomfortable start to the Trump administration’s approach to the world’s second most populous continent, one of whic
Post a Comment
Read more

Following the ostensibly resolved certificate scandal that rocked a Kogi West lawmaker Dino Melaye, Nigerians have dug into the minimum requirement for the occupation of a seat at the senate.  The position according section 65 sub-section 2 of the 1999 Nigerian constitution states that;   (a)  he has been educated up to at least School Certificate level or equivalent and   (b)  he is a member of a political party and is sponsored by that party.   On this note, Mr. Melaye is more qualified to occupy the position without any of his higher institution degrees.   See a screenshot of the passage in the constitution below:   Facebook Twitter Email WhatsApp STAY UPDATED WITH infinityprods.blogspot.com  Contact:  Infinity Productions  Call/whatsapp: +2348178672673 FOR YOUR ONLINE Music,Videos, Mixtapes/ Event promotions Album marketing /video shoot & lots more COMMENT and SHARE
Post a Comment
Read more

The Central Bank of Nigeria has announce that with effect from June 2018, the daily limit of funds transfer from mobile phones will now be N100,000.  In a circular released on Thursday and signed by Dipo Fatokun, the Central Bank of Nigeria (CBN) says the daily limit of funds transfer from mobile phones using short codes will now be N100,000.   According to the director, banking and payment system department, the bank said the decision was made because of the risk associated to mobile banking, adding that transactions over N20,000 will require a pin and soft token.   The circular read;  “Concerns have been expressed on the likely exposure of CBN approved entities to the possible breaching of the USSD accessed financial services in view of likely vulnerabilities in the technology and the ever-growing threats.”   The new directive is to be enforced in June 2018.   “Put a limit of N100,000.00 per customer, per day for transactions as may be required. However, custome
Post a Comment
Read more

Story of Ovonramwen Nogbaisi, the Oba of Benin Who was Conquered and Exiled to Calabar by the British

This is the touching life story of Oba Ovonramwen Nogbaisi who ruled the Benin empire before he was dethroned and exiled by the British.  Ovonramwen Nogbaisi (ruled 1888 – 1897), also called Overami, was the Oba (king) of the Kingdom of Benin up until the British punitive expedition of 1897. Born in circa 1857, he was the son of Oba Adolo he took the name Ovonramwen Nogbaisi at his enthronement in 1888, every Oba took a new name at his coronation, the name translates as Ovonramwen meaning "The Rising Sun" and Nogbaisi meaning "which spreads over all." At the end of the 19th century, the Kingdom of Benin had managed to retain its independence and the Oba exercised a monopoly over trade which the British found irksome. The territory was coveted by an influential group of investors for its rich natural resources such as palm-oil, rubber and ivory. The kingdom was largely independent of British control, and pressure continued from figures such as Vice-Consul Ja
Post a Comment
Read more
More posts