Showing posts from October, 2017
Show All

Hoodlums Dealt With After Being Caught During Operation. (Photo)

Some hoodlums who were apprehended by security operatives would be regretting the day they decided to venture into criminality. The youths were severely dealt with as their feet were tied to a window upside down during interrogation. They were allegedly caught stealing in the eastern part of the country according to a Facebook user who shared this. Facebook Twitter Email WhatsApp
Post a Comment
Read more

20-year-old Seun Akintoye’s love for 17-year-old Hannah Osazuwa may have cost him his life after he failed to read the writing on the prophetic wall The Attack Hannah Osazuwa was not in the right frame of mind. Perhaps her temper got the better of her or did she actually overreact? Neighbors had always suspected that she drank too much and might be taking other spiky substances.   Her violent streak had finally brought Seun Akintoye’s life to a halt with one swing of the scissors. It happened so fast, Seun was still in a state of shock when he pulled the scissors out of his chest and fell to the ground.   Screams of both their friends who were present when it happened brought the neighbors rushing in. The first respondents remember seeing Seun gasping for air in a pool of his own blood. All these happened on October 16, just 3 days after her birthday. In The Beginning Hannah and Seun Akintoye were in love and they did not care about what oth
Post a Comment
Read more

Choi! Lady shares n’aked photo of a man she just slept with and asked his GF to come take him

The Commissioner of Police in Kwara state, Lawan Ado, issued this warning when he met with operatives of the F-SARS (SPECIAL ANTI-ROBBERY SQUAD) at the Police Headquarters Ilorin, the state capital. Read a statement from the command below 'The Commissioner of Police Kwara State Command, Cp Lawan Ado, while meeting with Kwara State Command's officers and operatives of the F-SARS (SPECIAL ANTI-ROBBERY SQUAD) at the Police Headquarters Ilorin today, declared to the operatives that enough was enough, that they either sit up or get booted out of the outfit.  This was consequent upon different misconducts attributed to the outfit in recent times, which has brought some level of disrepute to the image and the good name the command has toiled so much to maintain, allegations of extortion, checking of telephone sets of citizens, laptops and labelling every young man seen in a car as being a yahoo boy should stop forthwith, drunkenness especially while on duty is an o
Post a Comment
Read more

Donald Trump approves the release of over 2,800 previously classified records relating to the assassination of JFK 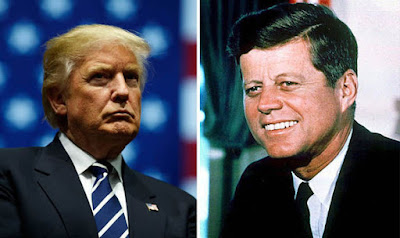 On Thursday evening, the National Archives released more than 2,800 previously classified or redacted records related to the 1963 assassination of President John F. Kenned, but will withhold some of the records due to national security concerns, according to a memo from President Donald Trump. The documents related to the investigation into Kennedy's murder consisting of files from the CIA, the FBI, the Defense and State departments and other agencies were scheduled to be released 25 years after the passage of the President John F. Kennedy Assassination Records Collection Act of 1992. The law called for the records to be made available based on the approval of the president. Trump issued a memo to the heads of executive departments certifying the declassification, but also noted that some expressed reservations and therefore ordered that federal agencies be given 180 days to re-review whether certain documents related to national security require continue
Post a Comment
Read more 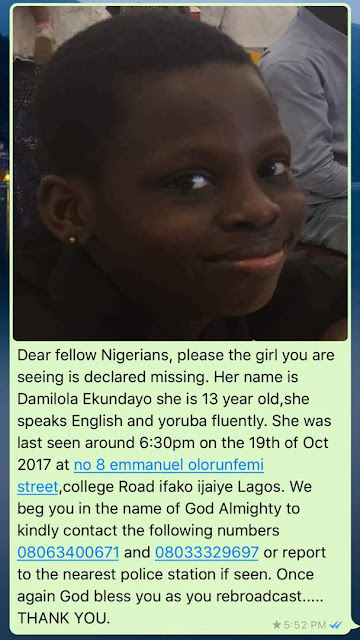 A Whatsapp user recently shared this post , if this is true we pray the parents of this girl find her soon.
Post a Comment
Read more 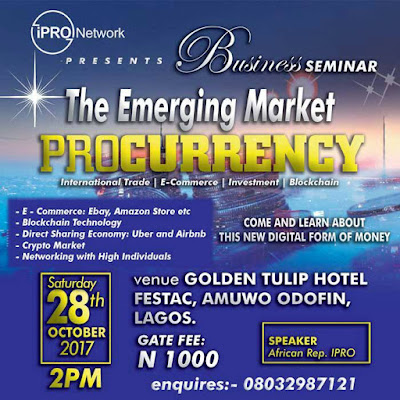