Showing posts from May, 2017
Show All

ALL YOU NEED TO KNOW ABOUT MORINGA SEED 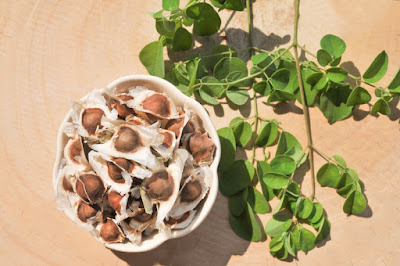 About Moringa Seeds Moringa seeds, from the Moringa plant are annually harvested in the sub tropics of Asia and Africa. They are valued highly for their nutritional benefit, just like the Moringa plant itself. Moringa Seeds are rich in vitamins and minerals the human body needs to survive. It’s this rich concentrate of goodness that provides the seeds with antioxidant, anti-inflammatory and cholesterol fighting qualities. Amongst these general benefits, the high presence of vitamins offers incredibly larger doses than our typical sources: Moringa seeds have more vitamin C than oranges Four times more Vitamin 4 than carrots Four times more Calcium than a glass of milk Three times more Potassium than a banana And two times more Protein than yoghurt. With these striking results, it’s no surprise how the Moringa seed has become a well-known super food across the globe. These crucial vitamins are essential for the body to fight free radicals and prevent severe oxidative
Post a Comment
Read more 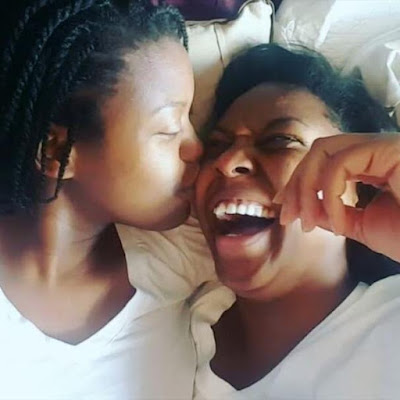 An Instagram user and 'grow your hair' enthusiast, Silverline Okoro, who goes by the name (ms steal ur girl) posted photos and a video as she and her girlfriend marked their third anniversary. In the clip,  both are seen cuddling and kissing in bed. She captioned it: Today we remember those who fought for us and our right to be, ironically I met the love of my life same weekend 3 yrs ago. Music by @tiwasavage #happymemorialday #happyanniversary baby 😙 #silverlinesbeautyplaybook #blessed #mylife #love #baeandi #baeandme #blacklesbianlove #lesbianlove #lovinglife #allover #ilovespendingtimewithher #girlsinlove #naijababe #naijagirlskillingit #africangirlskillingit #westafricans_onpoint #girlswithswag #naijablogger #blackgirlmagic #lgbtcouple #lovehasnogender #dowhatmakesyouhappy #lgbtcommunity #lovewins #realationshipgoals #lgbt #blacklove  See more photos and the video below... Keep up with latest  news by following us on :  FACEBOOK TWITTER Y
Post a Comment
Read more 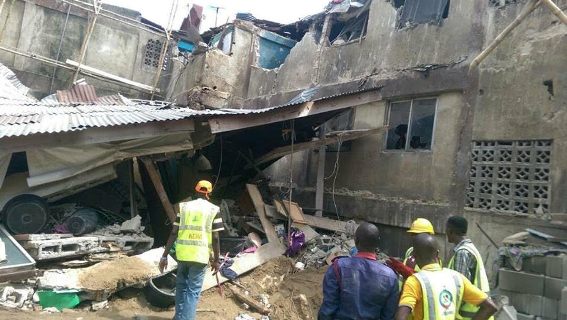 Two persons have been confirmed dead in the 3-storey building that collapsed at Daddy Alaja street in Oke-Arin, Lagos Island today. According to NEMA, 14 persons have been rescued. Continue to see more photos from the incident after the cut...   Keep up with latest  news by following us on :  FACEBOOK TWITTER YOUTUBE
Post a Comment
Read more 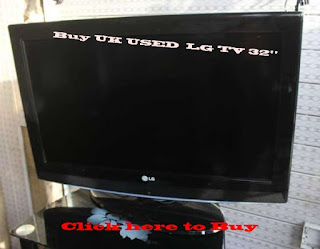 Former member of the defunct music group, Plantashun Boiz, Faze has finally weighed in on the fued between Ahmedu Augustine aka Blackface and Innocent Idibia aka 2face. Blackface recently instituted a Lawsuit against 2face, accusing him of song theft, sabotage, music royalties fraud amongst others. Lawyers representing 2face responded, asking him to apologise within seven days for all the defamatory statements he has made against him and his manager, Efe Omorege, or be dragged to court. Blackface of course replied them, saying;  "They are filled with evil, fuckery and should go to hell. What am I apologising for? Somebody takes your music and then you apologise? Is that for real? They took a lawyer from Oshodi bridge to write something for them. Illiteracy is around them. They are crazy." Faze has now advised them to have a seat down between themselves and settle their issues. In an interview with HipTV he said; "We are not boys anymore. Not Plantashun Boiz,
Post a Comment
Read more

Steve Harvey is being sued by his ex-wife, Mary Lee Harvey, and the charges include kidnapping, torture and murder 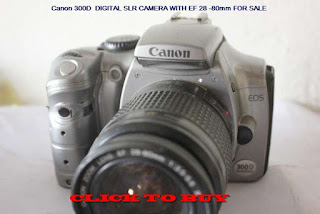 Mary Lee Harvey and her ex-husband Steve have not had the best of relationships since they divorced in 2005 and now, there are reports that she is suing him for a sum of $60 million. Steve's marriage to Mary Lee Harvey was his second and lasted from 1996 - 2005 before it crashed.  There were rumours at the time that the marriage crashed because he was cheating on her with his present wife, Marjorie Elaine Harvey but a judge later stated that Marjorie was not the cause. Over the past years, Mary has been accusing Steve of a lot of things, including keeping her from seeing her son, Wynton, who Steve got custody of, and also of child abuse crimes.  A court later ruled that Steve was innocent of the child abuse crime he was accused of and proved that he was not a bad father to Wynton. The child abuse allegations were that Steve Harvey beat Wynton after he received a complaint from his school that the boy lied about his homework. It was confirmed that they were injuries on Wynt
Post a Comment
Read more 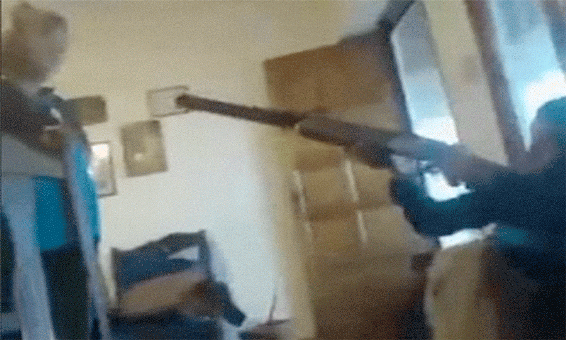 Livestreaming seems to have caused more harm than good because ever since it's inception, people now carry out fatal acts just to livestream it. In the case of the teenagers in this story, theirs did not seem intentional but someone is dead all the same. This sad incident happened in Argentina. Some teenagers were playing with a shotgun when one of them accidentally shot Georgina Magalí Vega, 12, an only daughter, killing her instantly.   It happened on Santa Rosa de Calchines - Santa Fe, a small town of about 9.300 inhabitants.  At the start of the video, voices can be heard speaking in a foreign language - maybe Spanish. Georgina stood behind a chair while the boy with the gun sat in a chair, facing her. "You kill me and I kill you." Georgina said in Spanish at the start of the morbid game.  The boy with the gun replied: "Look this! A shell...I load it... And I shoot you but you don't die!"  Georgina replied: "Do you see blood or so
Post a Comment
Read more Some young men believed  to have been behind the  assasination of the chairman of Ohafia LGA in Abia state, John Eke, were apprehended by youths in the community yesterday May 17th. The local government area has been embroiled in crisis over attempts by some Councillors to impeach Eke.  The state house of assembly recently suspended three Councillors suspected to have been inciting crisis in the area. The suspected assassins are currently in police detention. Keep up with latest  news by following us on :  FACEBOOK TWITTER YOUTUBE
Post a Comment
Read more

Some young men believed  to have been behind the  assasination of the chairman of Ohafia LGA in Abia state, John Eke, were apprehended by youths in the community yesterday May 17th. The local government area has been embroiled in crisis over attempts by some Councillors to impeach Eke.  The state house of assembly recently suspended three Councillors suspected to have been inciting crisis in the area. The suspected assassins are currently in police detention. Keep up with latest  news by following us on :  FACEBOOK TWITTER YOUTUBE
Post a Comment
Read more

Nigerians on Twitter react after Gov. Ortom donates hundreds of wheelbarrows​ to youths to empower them. 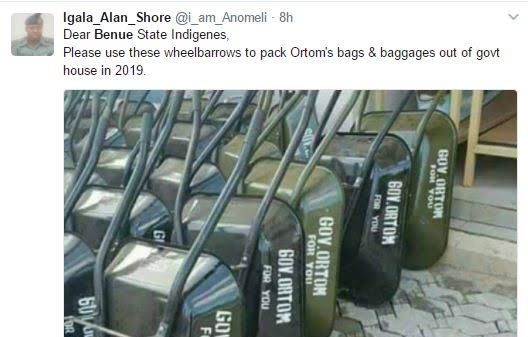 Yesterday, Benue State Governor, Dr. Samuel Ortom donated hundreds of wheelbarrows​ to youths as a way of empowering them. But some Nigerians on Twitter are not happy with the governor's donation and have come out to criticize him. See some of the reactions . Keep up with latest  news by following us on :  FACEBOOK TWITTER YOUTUBE
Post a Comment
Read more 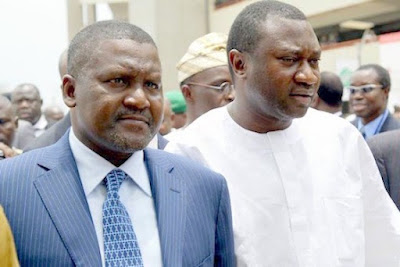 The combined wealth of Nigeria’s five richest people, Aliko Dangote, Mike Adenuga, Femi Otedola, Folorunsho Alakija and Theophilus Danjuma, estimated to be almost $30billion, can end extreme poverty in Nigeria, this is according to a report by Oxfam International. Read the report from NAN below... The Inequality report released by Oxfam International on Wednesday, revealed that the combined wealth of five richest Nigerians, put at $29.9 billion, could end extreme poverty in the country. The report, entitled ‘Inequality in Nigeria, Exploring the Drivers’ and obtained in Abuja, exposed the large and growing gap between the rich and poor in Nigeria. It revealed that the benefits of the nation’s economic growth had been captured by a few wealthy elite at the expense of the ordinary Nigerians. According to the report, the economic inequality is a key factor in the conflict in the north-eastern states of the country. Oxfam International also disclosed that Nigeria’s richest man ear
Post a Comment
Read more
More posts